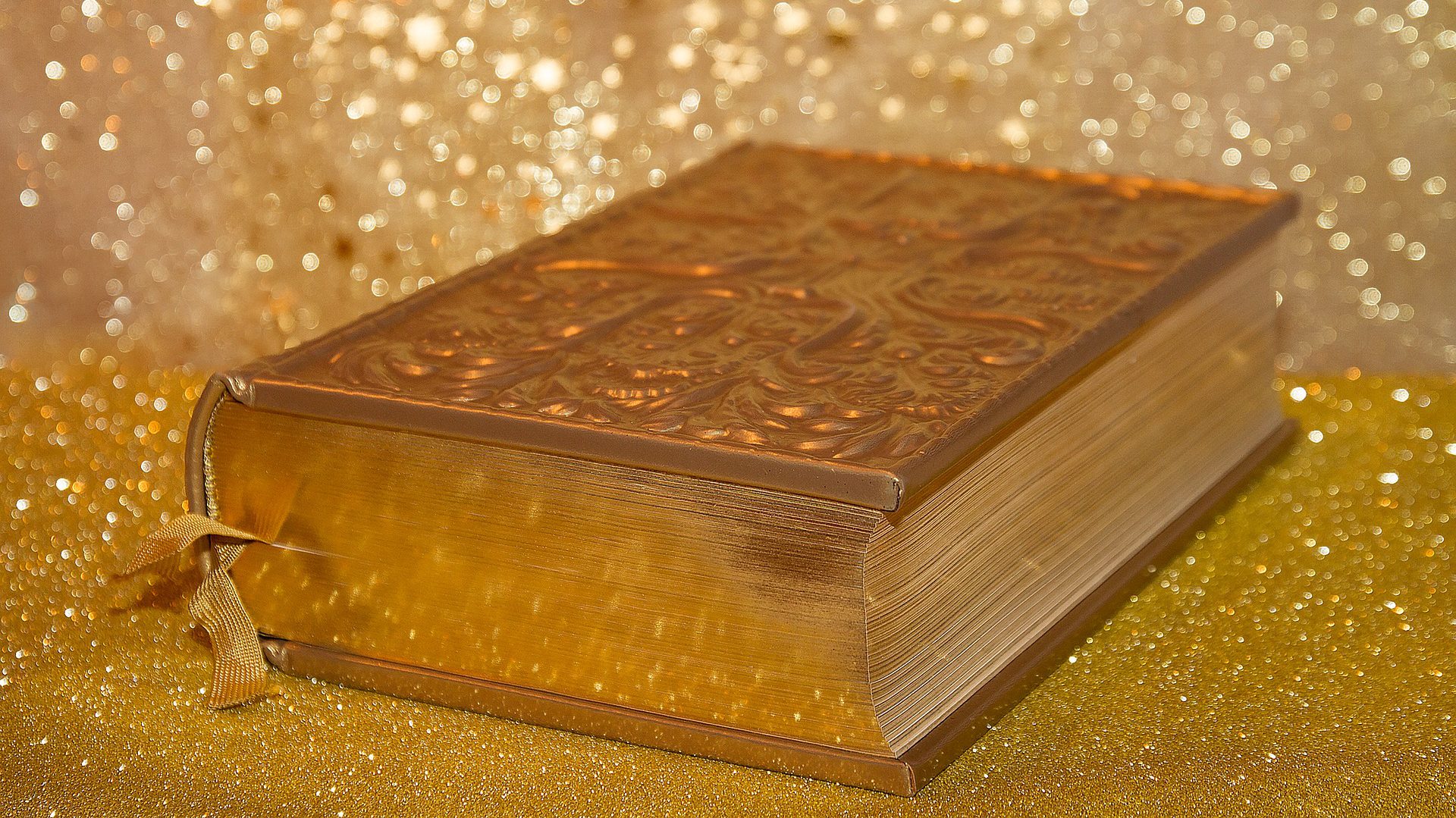 In brief, the ‘ICP’ was set up to enlist the Roman Catholic Church into the Protestant ecumenical movement. It began in 1984 and ended in 1990 when the British Council of Churches (BCC) and in Scotland, Scottish Churches Council (SCC) were dissolved and replaced by a new set of bodies – with Roman Catholic participation. The ICP was ostensibly set up by the BCC and SCC. I say ‘ostensibly’ because there is evidence that the BCC and SCC were Masonic organizations; and that they had links with the Kremlin, through a Soviet ‘front’ organization called ‘Christian Peace Conference’ or ‘CPC’.

Thus one Assistant General Secretary of the BCC, Canon Paul Oestreicher, had in 1964, with BCC support, launched a British Regional Group of this (KGB-controlled) ‘front’.  Later – and most ominously, when the ‘ICP’ was launched in Scotland, the man who spearheaded it there was Canon Kenyon Edward Wright, a member of CPC who held office as General Secretary of SCC. Both Oestreicher and Wright sat on the International Committee of CPC, where they assisted it in promoting Soviet propaganda. Canon Wright’s involvement is described in an article called ‘Subversive Theology’ in the September 1987 issue of ‘Salisbury Review’, also in an article by Christopher Story in ‘Soviet Analyst’ 9/04.

So we ask: what was the purpose of getting the Church to join this ecumenical organization? If we recall what Pope Pius XI said in Mortalium Animos (1928): he explicitly forbade the Catholic Church from joining the Protestant ecumenical movement, because it would compromise its essential witness. There is another danger in approximating the Church to Protestantism, namely that it opens the way to a subversive attack on the Church’s doctrines. That potential is seen already from the way ‘ecumenism’ is set up as a higher ‘moral ground’ than religious truth. That itself suggests a link with Freemasonry, whose motive is the same: the pursuit of a unity, based on solely naturalistic principles at the expense of religious truth.

From its early years, the Protestant ecumenical group – that became the WCC – urged the Catholic Church to take part, and it was in response to such an invitation that Pius XI published his warning in ‘Mortalium Animos’. He stated that the only way unity could be achieved was by those who had formerly left the Church, returning to it. To read some Catholic writers, you would think that this Encyclical had a built-in obsolescence. The same rejection is shown towards Leo XIII’s encyclical ‘Apostolicae Curae’ which declared Anglican ‘orders’ totally null and utterly void. In fact through its participation in the new ecumenical bodies, the Church is coming now under pressure to revoke that definition. .

Significantly, Pope John Paul II authorised the Church to take part in the Inter-Church Process. This is revealed in ‘The Pope in Britain’ by Jennings and McCabe (The Bodley Head 1982), which states that how during his visit the BCC leaders urged him to allow the Church to join their organisation – and as a result ‘The Pope agreed that the growing sense of spiritual communion must not be allowed to remain abstract. Ways had to be found to give it visible expression in the life of the churches. His appreciative references to co-operation between the Roman Catholic Church and the British Council of Churches indicated one possible way in which progress could be made. In response to the conversations the Pope invited representatives of the BCC together with representatives of the Episcopal Conferences of Great Britain, to continue the discussions in Rome. The linking of the hierarchies of England and Wales with the BCC could be most important’ (emphasised).
Which of course was what happened, through the setting up of the ‘Inter-Church Process’. It was announced in April 1984 – and culminated in 1990 with the Catholic Church joining a revamped ‘BCC’. In Scotland the Scottish Churches Council was replaced by ‘Action of Churches Together in Scotland’ – ACTS – including the Catholic Church in Scotland. Significantly when the Scottish Bishops visited the Pope in 1992, he commended their participation in ACTS (L’Osservatore Romano Weekly Ed. 4.11.92).

There is evidence that the WCC et al have a Masonic origin. For if one compares the aims and principles of both Freemasonry and the WCC, one finds that they both seek a ‘unity’ at the expense of religious truth. Both seek membership from those of all religions, Christian and non-Christian. The WCC was notorious in its ‘syncretism’ – one that perfectly mirrored the methods of the Lodge in equating Christianity with non-Christian ‘faiths’. Both share the same profile when in comes to political activities also. As is well-known, the Lodge was the seed-bed of revolutions in France, Russia and Portugal, revolutions aimed at establishing a godless new world order. And is it not significant that the WCC promoted Soviet foreign policies, such as its support for the Soviet line in the Vietnam war, while the BCC funded Marxist guerilla groups in Africa? Lastly it is known that in Catholic countries, Masonic politicians, have liberalized divorce, homosexuality and abortion. And significantly, the BCC has also promoted the liberalization of those same laws here in the UK. It even funded a group called Grapevine set up to popularise the use of contraceptives among schoolchildren. Given the correlation between the aims and practices of the above two organizations, is it illogical to postulate that the BCC et al is an offshoot of Freemasonry or, at the very least, imbued with the same principles?

Significantly the role Canon Wright played is typical of the way the Russians used agents to fulfil their strategic aims under cover of a ‘front’. Having enlisted the co-operation of the Catholic Church in setting up a new ecumenical organization, those running the BCC et al, with their links to the Kremlin, are now pushing for the Church to reconsider its opposition to Anglican orders. I consider this as ominous as it could pave the way for a subversive attack on the Mass itself. I do not know if Cardinal Nichols, who as ‘Msgr Nichols’ liased with the BCC in setting up the ICP in his role as Secretary of the Bishops’ Conference, realizes the implications of that. Surely as head of the Church in England and Wales, it’s time for the truth to be made public and for its links with Russia to be made public.

According to his ‘biography’ on the Middlesborough diocese website: ‘Vincent Nichols was born in Crosby, Liverpool , on 8 November 1945. He studied for the priesthood at the Venerable English College in Rome from 1963 to 1970, gaining licences in philosophy and theology at the Gregorian University . He was ordained priest in Rome on 21 December 1969 for the Archdiocese of Liverpool. He then studied an MA degree in theology at Manchester University between 1970 and 1971. In 1971 he was appointed assistant priest in St Mary’s Parish, Wigan and chaplain to the Sixth Form College and St Peter’s High School. In 1974 he studied at Loyola University in Chicago and was awarded an M.Ed. In 1975 he was appointed to St Anne’s parish in Toxteth, Liverpool with particular responsibility for education. In January 1980 he was appointed director of the Upholland Northern Institute, where he was responsible for the in-service training of the clergy, pastoral and religious education courses. He was also a member of Archbishop’s Council with responsibility for pastoral formation and development in the diocese. In January 1984, he was appointed general secretary of the Bishops’ Conference in England & Wales . From 1989 to 1996 he was moderator of the Steering Committee of the Council of Churches for Britain and Ireland. (emphasized) (http://middlesbrough-diocese.org.uk/2136/pope-benedict-xvi-appoints-archbishop-vincent-nichols-as-new-archbishop-of-westminster/

Such ‘fast-tracking’ suggests that Nichols was the protégé of Archbishop Warlock, who himself played a role in the launch of the BCC ‘Inter-Church Process’. For when the Pope’s visit to Britain was arranged in 1982, it was to promote ‘ecumenism’ rather than morality.. Then came the war with Argentina over the Falklands – and to persuade the Pope to come despite this, Archbishops Winning and Warlock went to Rome with their decisive argument, namely that scrapping the visit would ‘set back the course of ecumenism for decades’. In reply the Pope ‘put himself in their hands’ – and left the decision up to them. As a result he went ahead with his visit. As stated during the visit, BCC leaders urged the Pope to let the Catholic hierarchy in Britain join their organisation. In reply he invited representatives of the BCC along with delegates from the hierarchy to Rome ‘to continue the discussions’. So in May 1983 the Scottish Episcopal ‘Primus’ Alistair Haggart together with BCC and Catholic leaders took part in those discussions. And according to Derek Palmer (BCC) in his book ‘Strangers no Longer to ‘From these tentative steps came the Inter-Church Process “Not Strangers but Pilgrims.’ When Rev Martin Reardon, the Anglican who wrote the BCC booklet ‘What on Earth is the Church For?’ died in 2005 – an obituary notice stated that ‘the BCC was dissolved in order to secure Roman Catholic participation’ (Daily Telegraph 4.2.05) This confirms that the whole purpose was to enlist the Catholic Church. Everything else was ‘window-dressing’ to secure that aim. How did events actually develop?

In January 1984, evidently under BCC aegis – representatives of ‘the main Christian Churches’ met with the RC Bishops of England and Wales at New Hall, Chelmsford ‘where the discussion ranged around the nature of the Church, its authority and sacraments’ (BCC publicity material). Later in March 1984 the BCC Assembly ‘resolved to consult the member Churches on their readiness to share in a process of prayer, reflection and debate together, centred on the nature and purpose of the Church in the light of its calling..’ (ibid)
Then at their Low Week meeting in April 1984, the UK Catholic Bishops resolved ‘that the Bishops’ Conference collaborate with the BCC in the preparation of a major Conference in 1987, to consider the nature of the Church in the light of the Lima Document on Baptism. Eucharist and Ministry, etc (ibid). Significantly, immediately before the above Bishops’ Meeting, the same body appointed Fr Nichols as General Secretary to the Bishops’ Conference of England and Wales.

The following year Archbishop Warlock headed Catholic delegates at a BCC-arranged ‘Inter-Church Meeting’ at Lambeth Palace on 4th February 1985 – the other members being Murphy-O’Connor and Alan Clark. No doubt the appointment of Fr Nichols as the ‘link-man’ between the hierarchy and the BCC would have ensured arch-ecumenists like ArchbishopWarlock would be adequately represented and have their aspirations fulfilled.
A follow-up meeting to the above took place at Lambeth on 7th May 1985, and according to Derek Palmer’s book cited above: ‘the leaders of 32 churches in the UK met formally and agreed to launch a three year Inter-Church Process of prayer, reflection and debate together on the nature and purpose of the Church in the light of its mission’ . A committee structure was set up and Vincent Nichols was appointed as one of the two ‘Assistant Secretaries’. He was responsible for collecting statements from participant churches on how they saw themselves: – their mission statements. This was published in booklet form as ‘Reflections’ – with a foreword by Nichols. Unsurprisingly, the Church ‘downplayed’ its view of itself.
Later Nichols was Secretary of the Working-Party setting up the Council of Churches of Britain and Ireland and then Moderator of CCBI’s Steering Committee.
Nichols’ participation in these events suggest his role as Secretary to the Bishops predisposed the Church’s entry into the ICP. He later was accorded a role in CCBI.. and so he emerged with ‘ecumenical credentials’ now regarded as an essential for Episcopal office. Now all the Catholic bishops of the UK are committed to the promotion of false-ecumenism, with only those candidates for episcopal office consecrated who comply with such stricture.